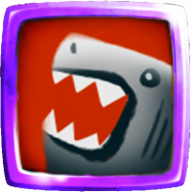 Fancy I left for the better, the game's changed so much now. Plus, it was addicting and not that fun. Only hope and idealism spurred me on. 25 Dec 2018